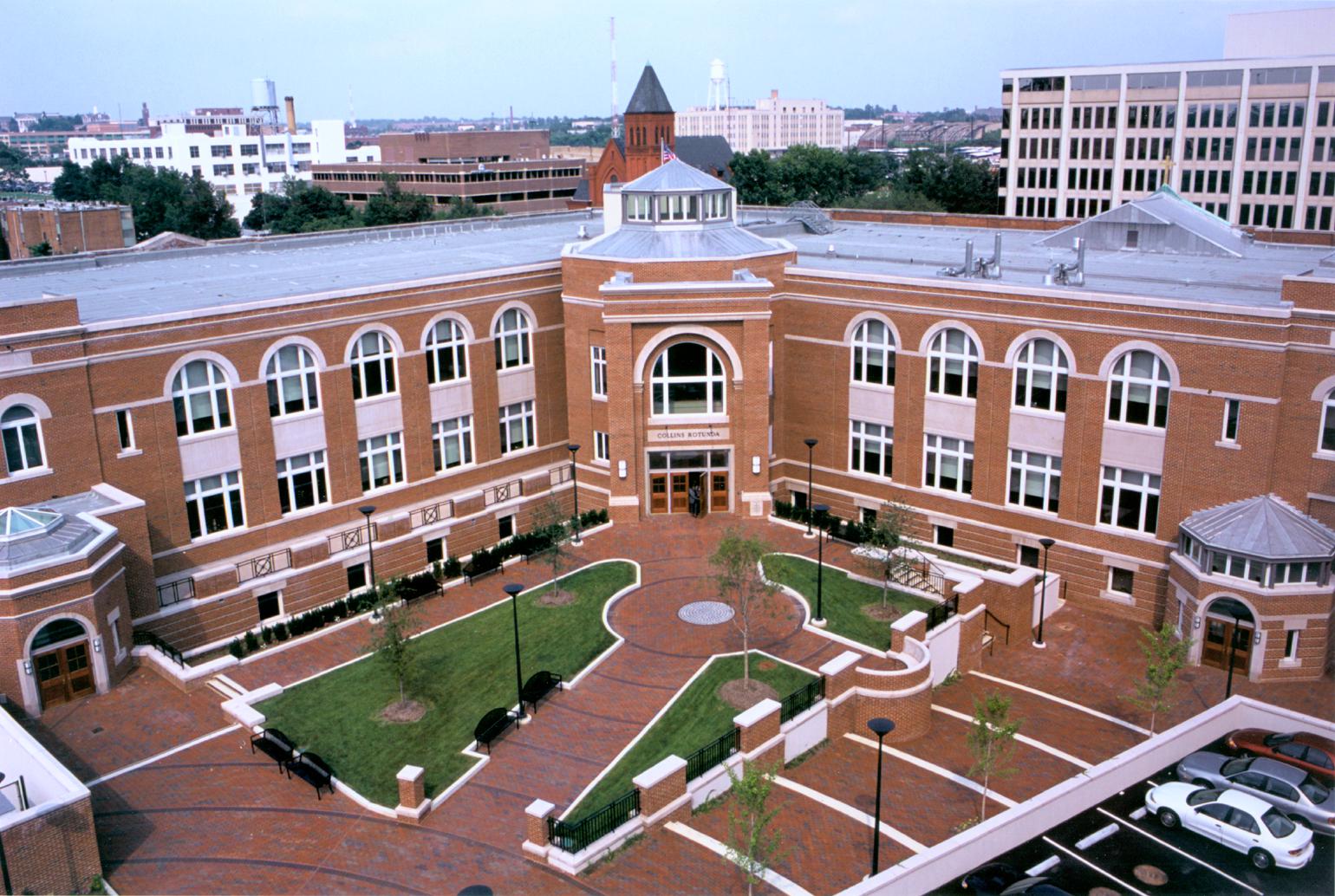 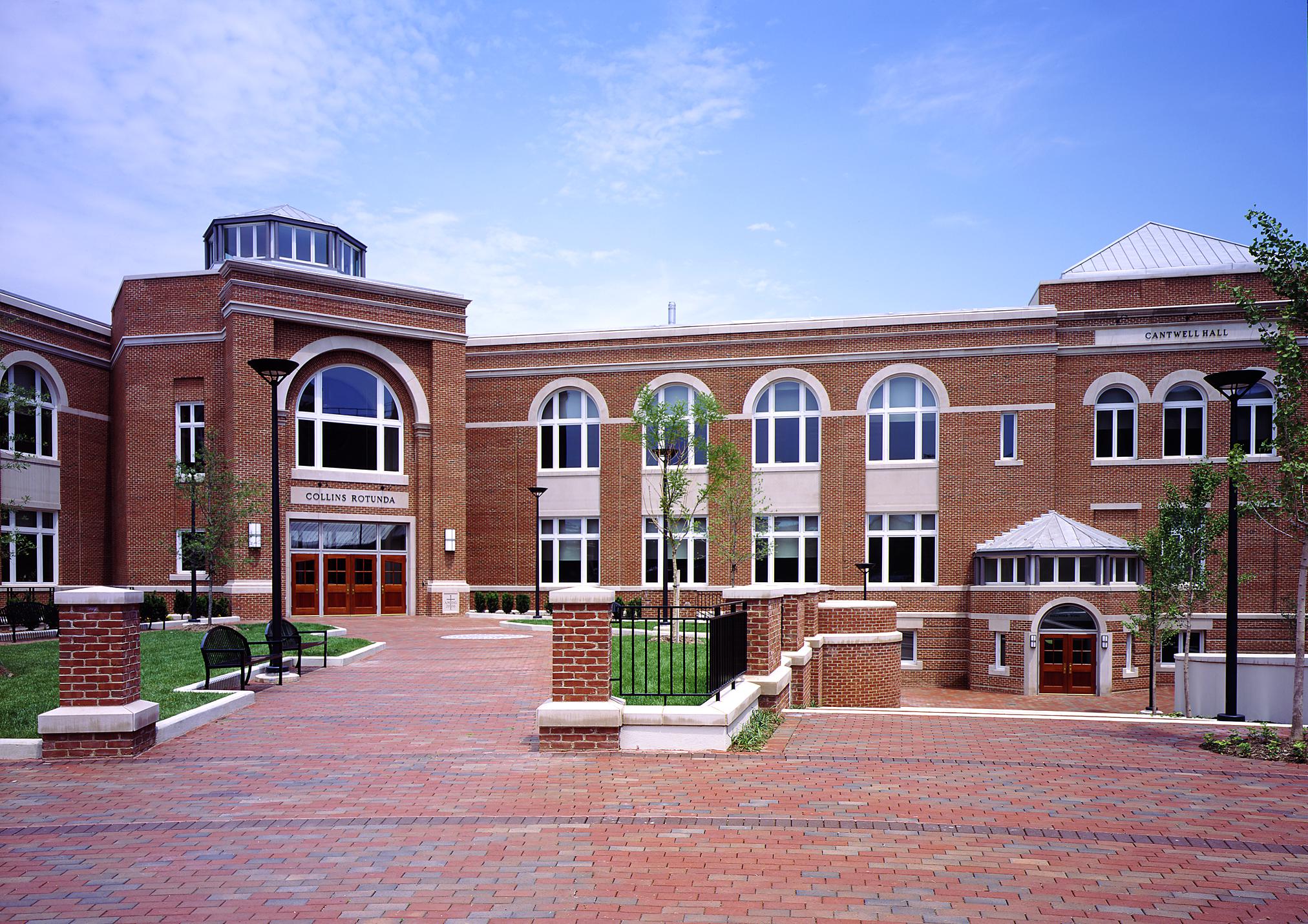 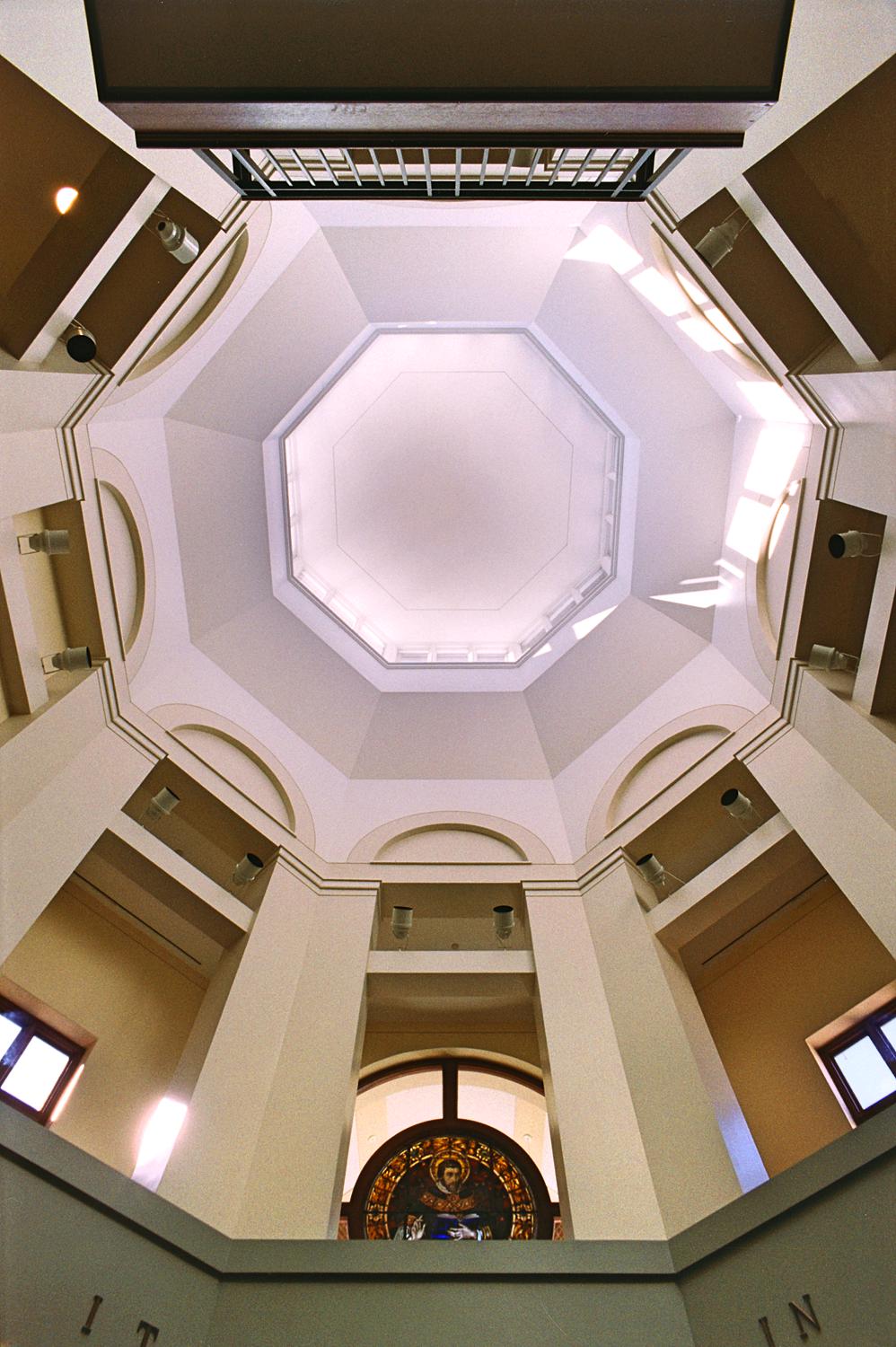 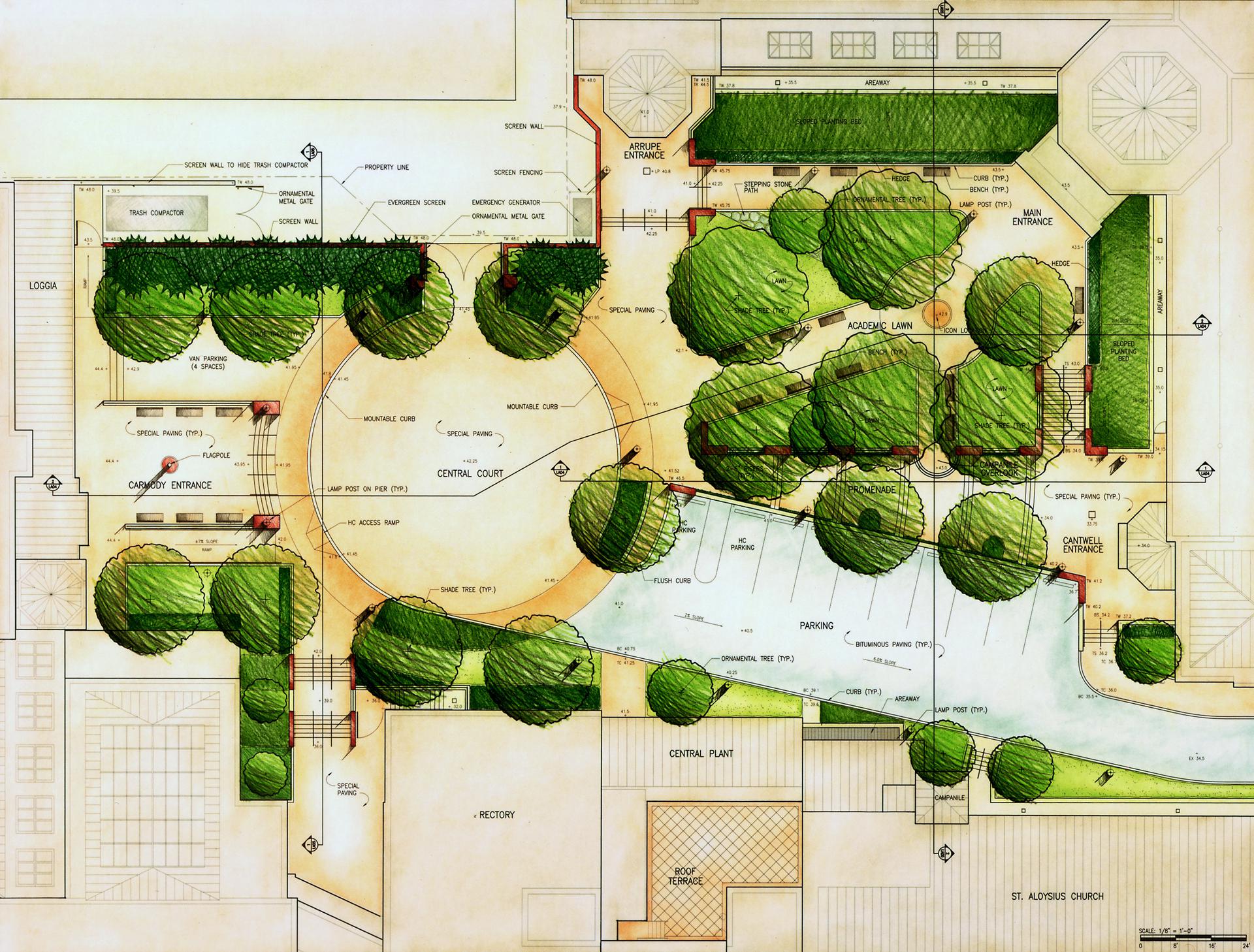 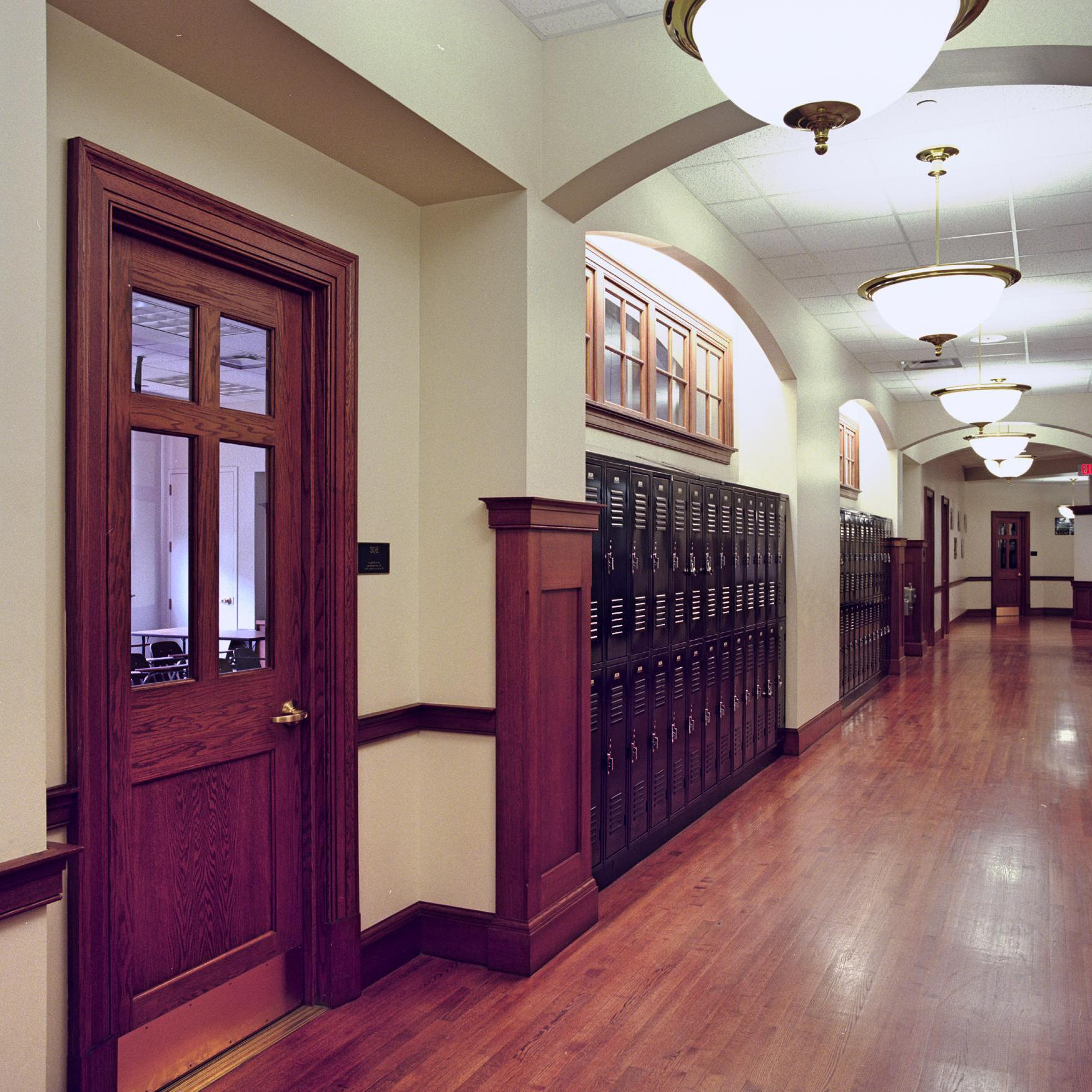 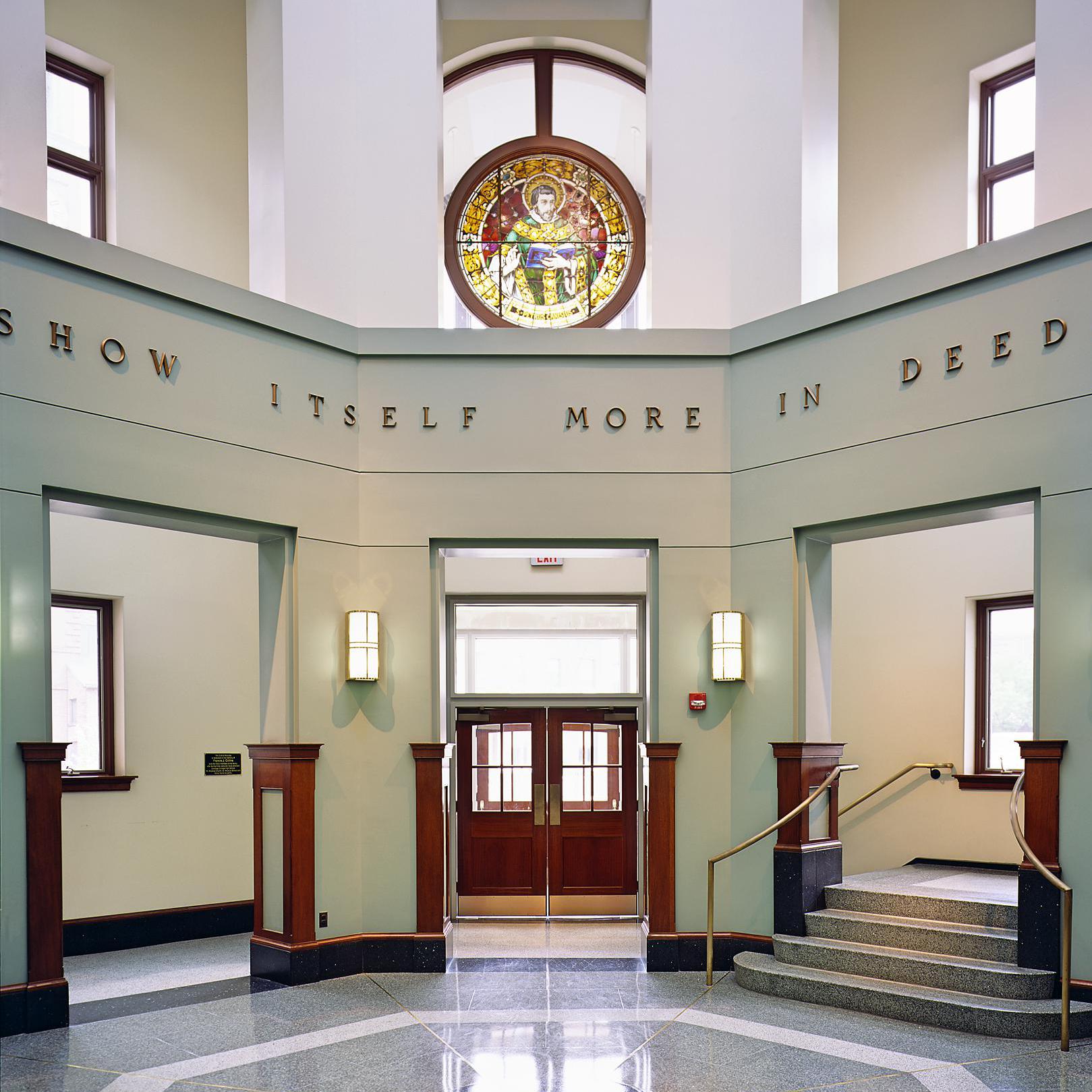 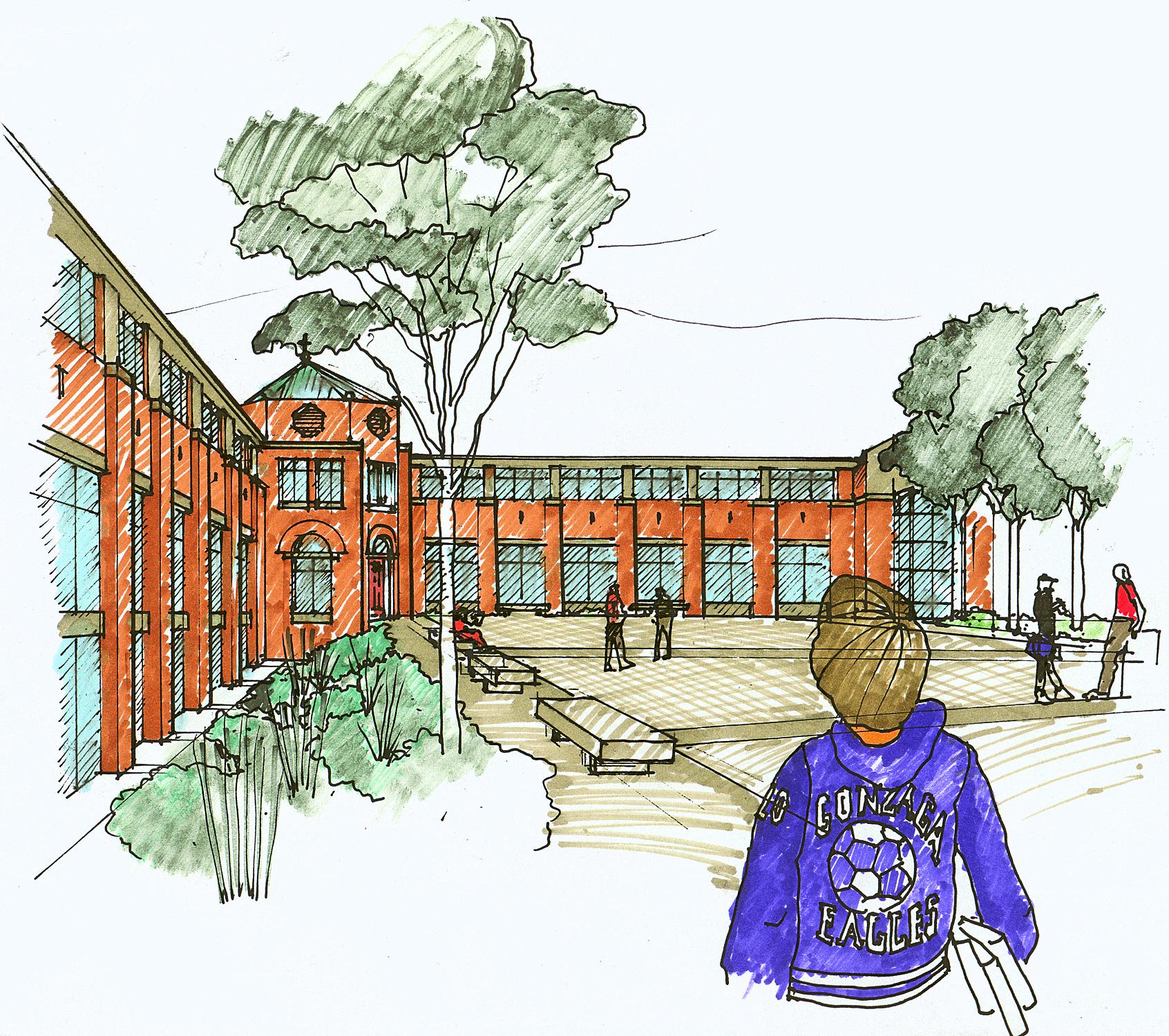 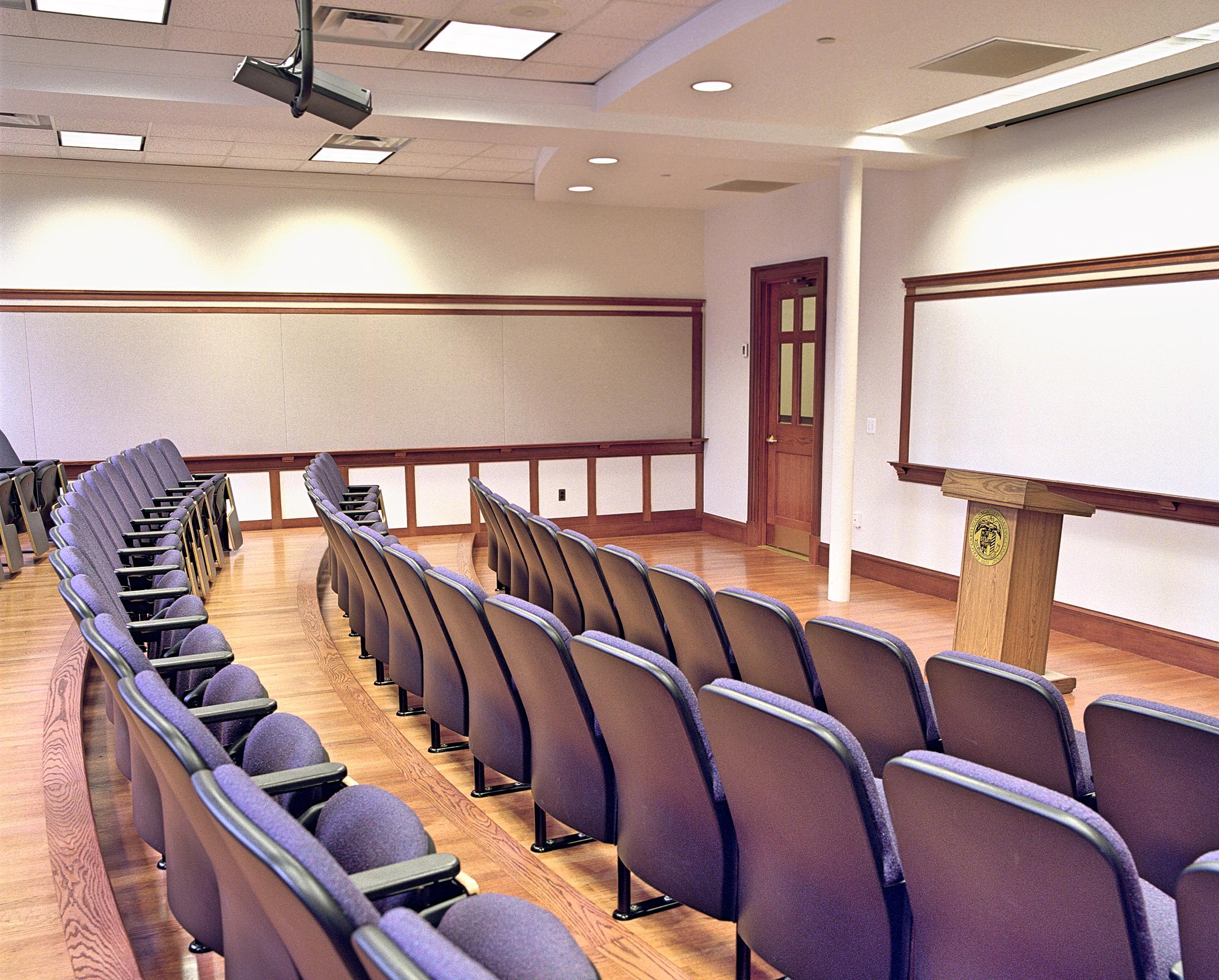 Founded in 1821, this prominent Jesuit high school commissioned GBR Architects to conduct a comprehensive update of its urban campus. The resulting master plan envisioned a series of renovations and additions to provide new academic space, to update technology, and to create a friendly, safe environment by unifying the campus landscape and creating connective spaces between buildings.

The initial phase of the campus update renovated two historic buildings that years ago had been acquired by Gonzaga: the 1903 Cantwell Hall (a former grade school), and the former Notre Dame Academy for Girls (now Ruesch Hall).  These buildings, with their main facades and street entrances fronting K Street NW and North Capital Street, had their backs turned to the Gonzaga campus on Eye Street. Back doors were used as cramped inlets with student foot traffic traversing an urban alley and in-between the cars of parking lot.

To resolve these issues, a plan for the emerging campus was developed and centered on a new quadrangle to replace the parking lot. The rear facades of Cantwell and Ruesch were transformed and a new central rotunda was added to create a formal entrance at the intersection of the two former school buildings. Designed as a space within a space, it serves as entry, student gathering, orientation, and the occasional reception for visitors. To further ease the flow of students between classes, two smaller entrance pavilions were added at the end of each hall.

GBR’s designs are sensitive to the historic context of the campus while increasing classroom space by approximately 30%.  Existing classrooms were reconfigured to meet needs of each academic department including the required support spaces for each academic program.  All new science labs for chemistry, biology, physics and a multi-function lab now provide appropriate facilities for science education. The addition also included computer labs, seminar and music practice rooms and administration spaces. Interior renovations included new mechanical, electrical, plumbing and life-safety systems.  All these systems were connected to a new central plant. Construction was completed during the academic year on a continually occupied campus.