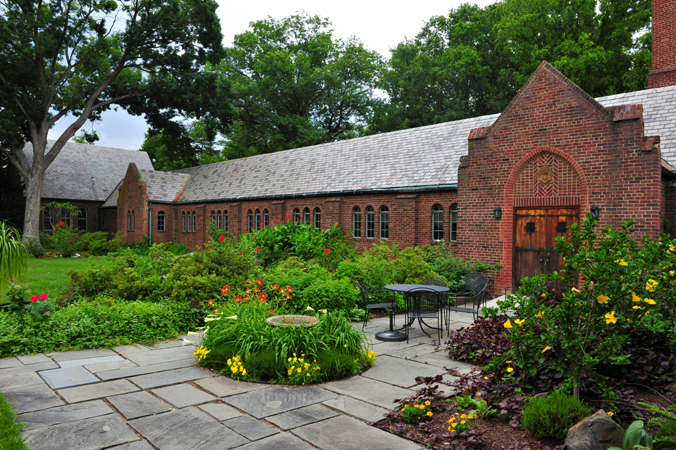 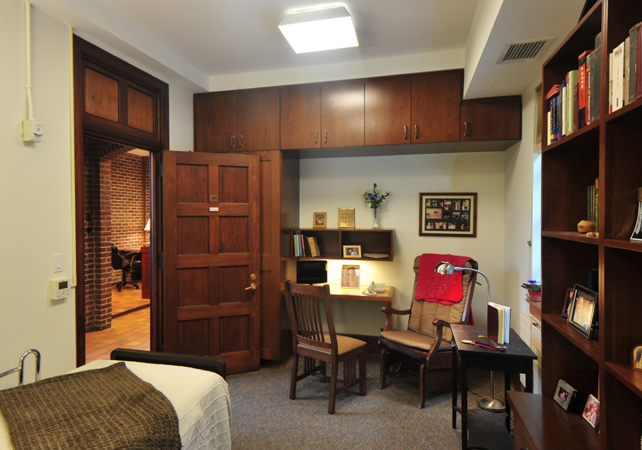 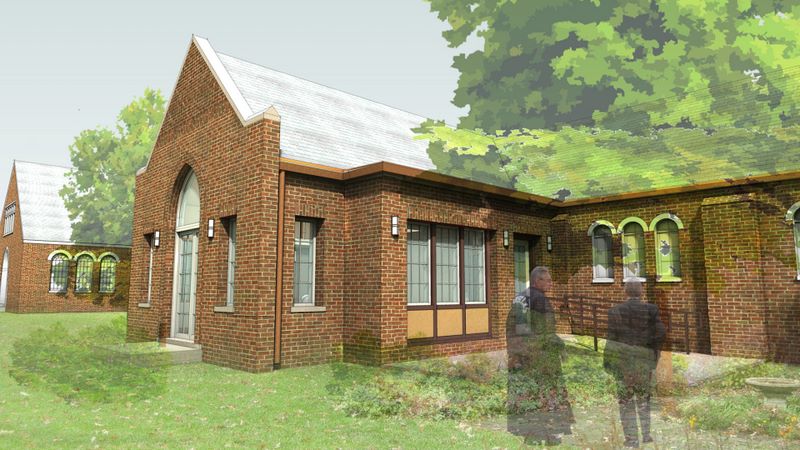 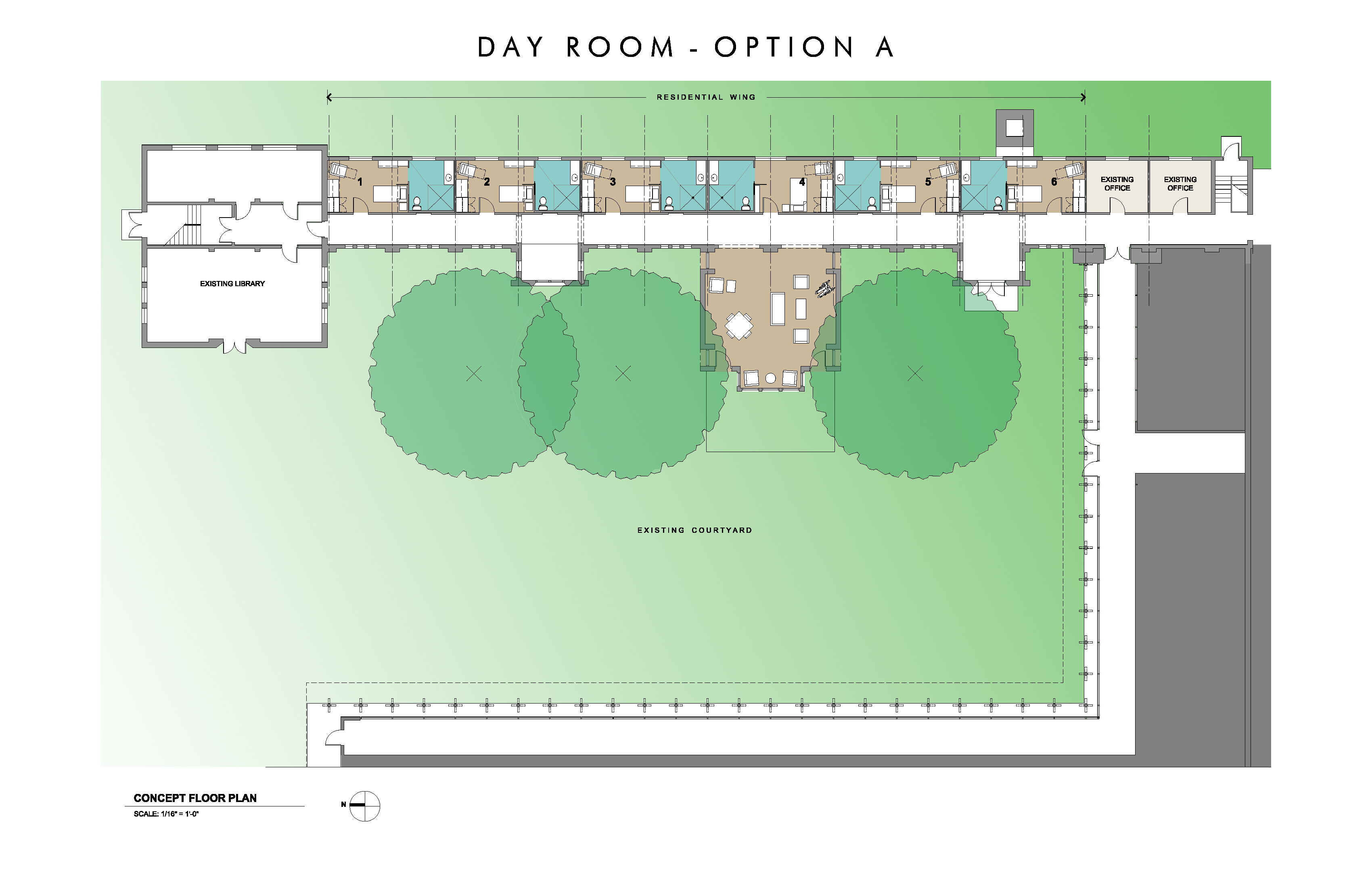 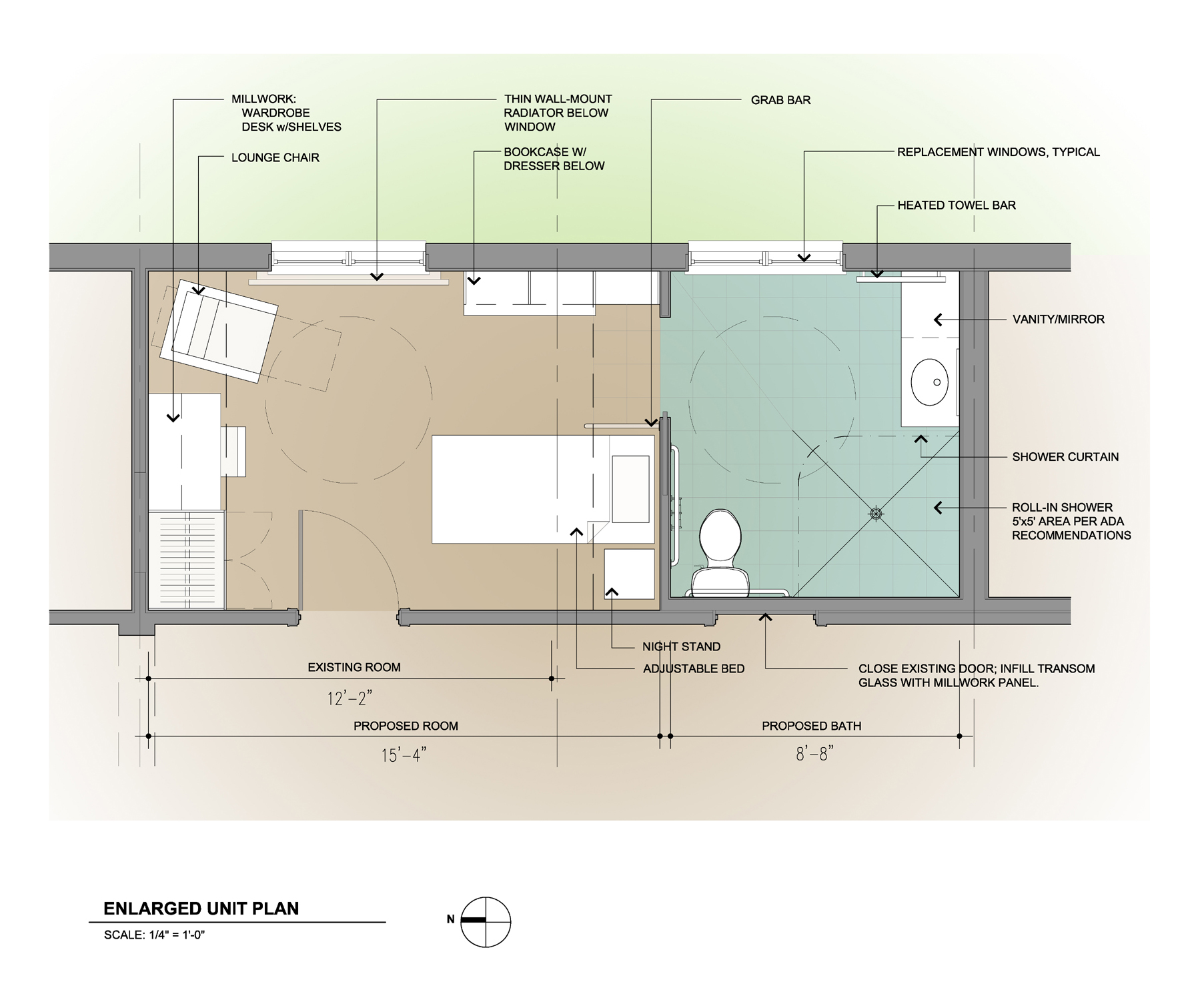 Built in the early 1940s as housing for novices, this portion of the Saint Anselm’s Abbey monastery has served many uses over the years. The original wing had twelve dormitory rooms with a large ganged bathroom at the center. Very shortly after construction, the novices were moved out and the wing served as the High School from 1942 until 1955. After the school moved to a new building, the space served a variety of purposes including a barber shop, library, vocation office, mail room, and housing for monks with special needs. In order to better provide for their aging population, the Abbey engaged GBR Architects to repurpose the space once again into a dedicated senior wing.

The renovation created six independent living units consisting of a bedroom and private bathroom, with five of the bathrooms being fully ADA accessible. Also included in the renovation were an ADA accessible public bathroom, a dispensary, and a mailroom.  New lighting, HVAC systems, thermal insulation, and insulated windows were provided throughout. Bedroom windows received dual use shades containing blackout for sleeping and sun shades to prevent glare. Bathroom windows received mini-blinds along with translucent glazing for privacy. Custom millwork, including a closet, drawers, desk and bookcase, was provided for each monk’s personal belongings.  The private accessible bathrooms were designed to be ‘wet’ rooms with phenolic cabinets and a multi-use shower. The shower allows for independent use, either standing or sitting with a grab bar mounted seat and separate hand shower. It also provides for care-giver space if assistance is required.  Overall the senior wing provides comfortable rooms to allow elderly monks to age-in-place and remain within the community after retiring from active service.