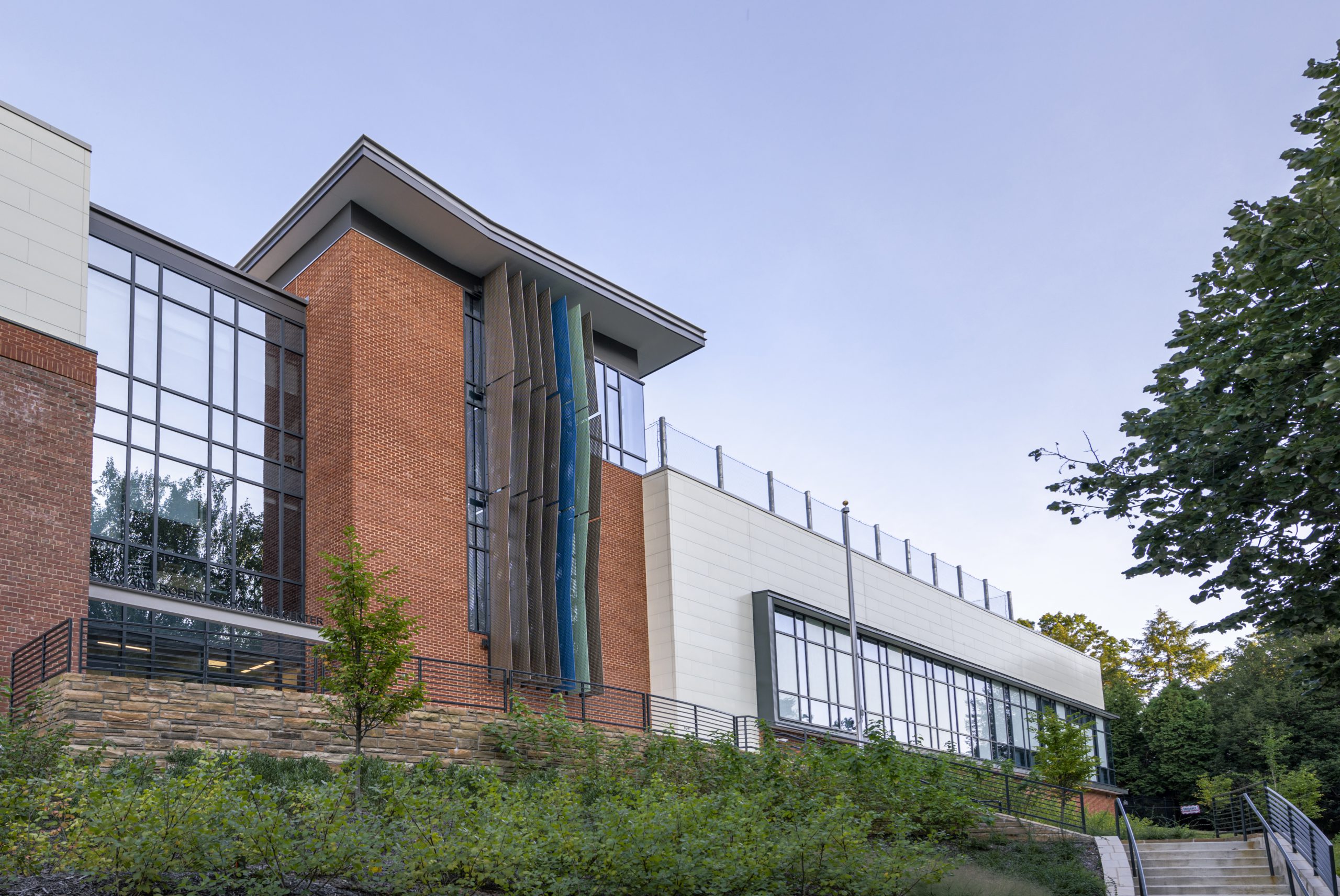 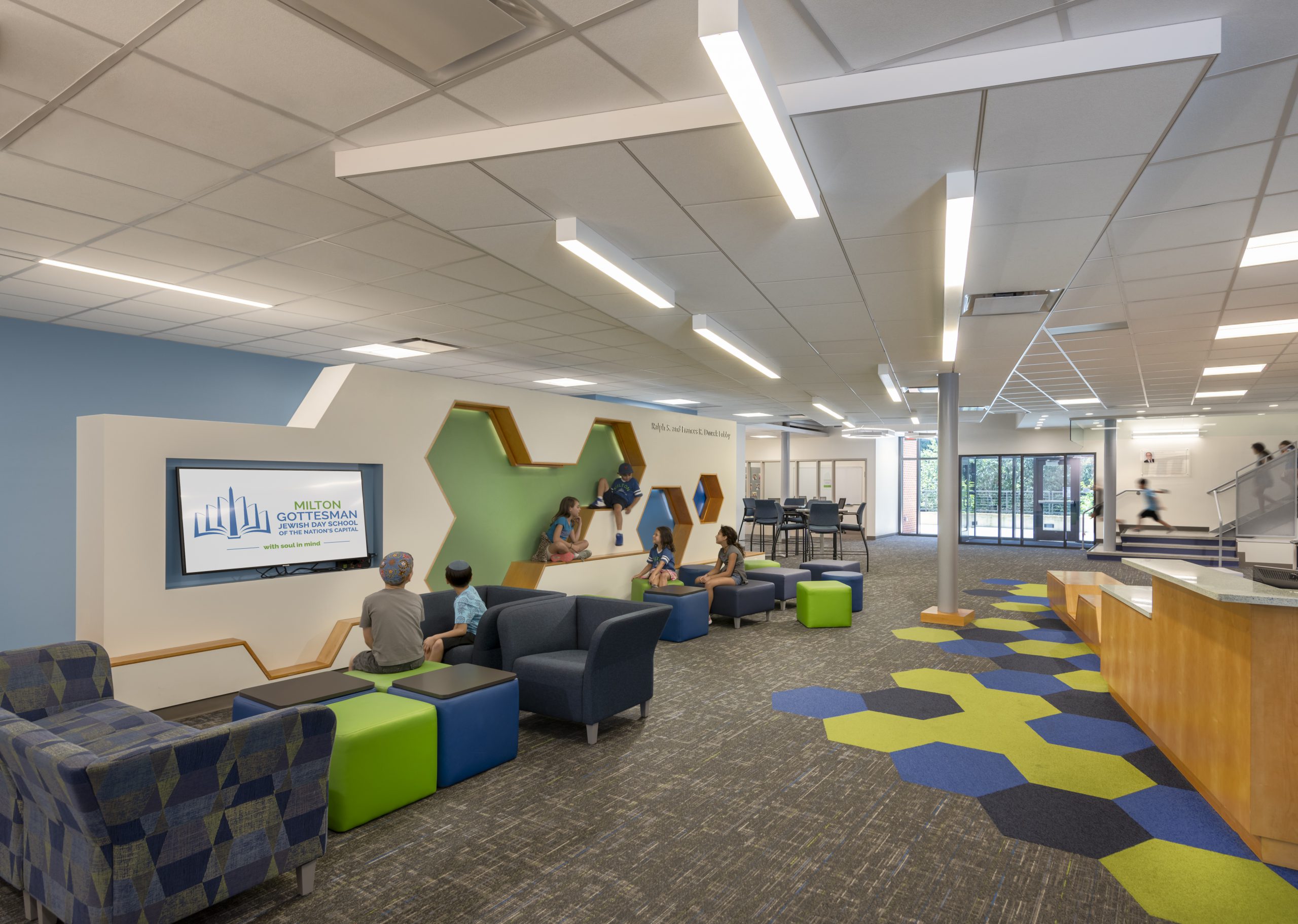 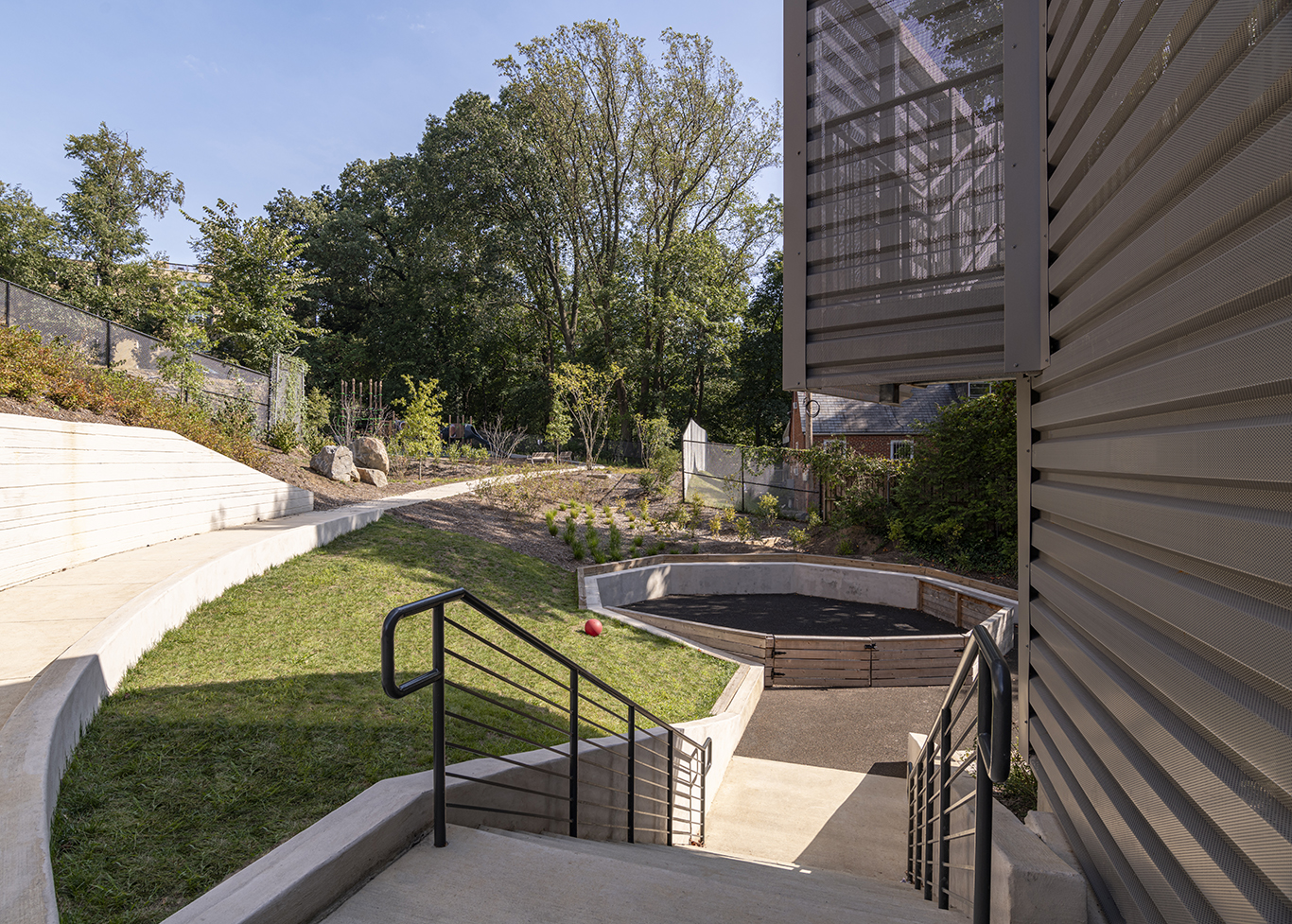 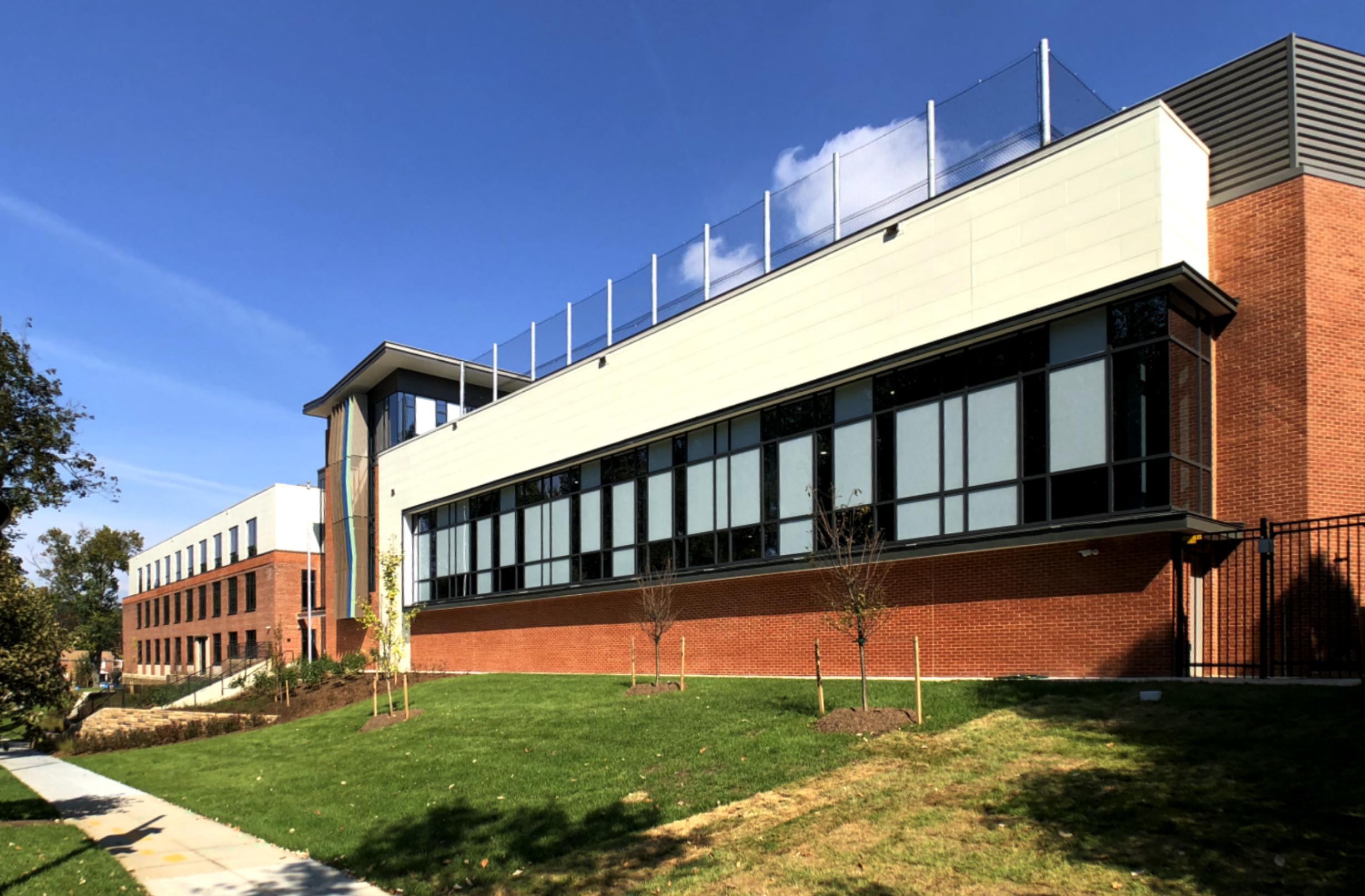 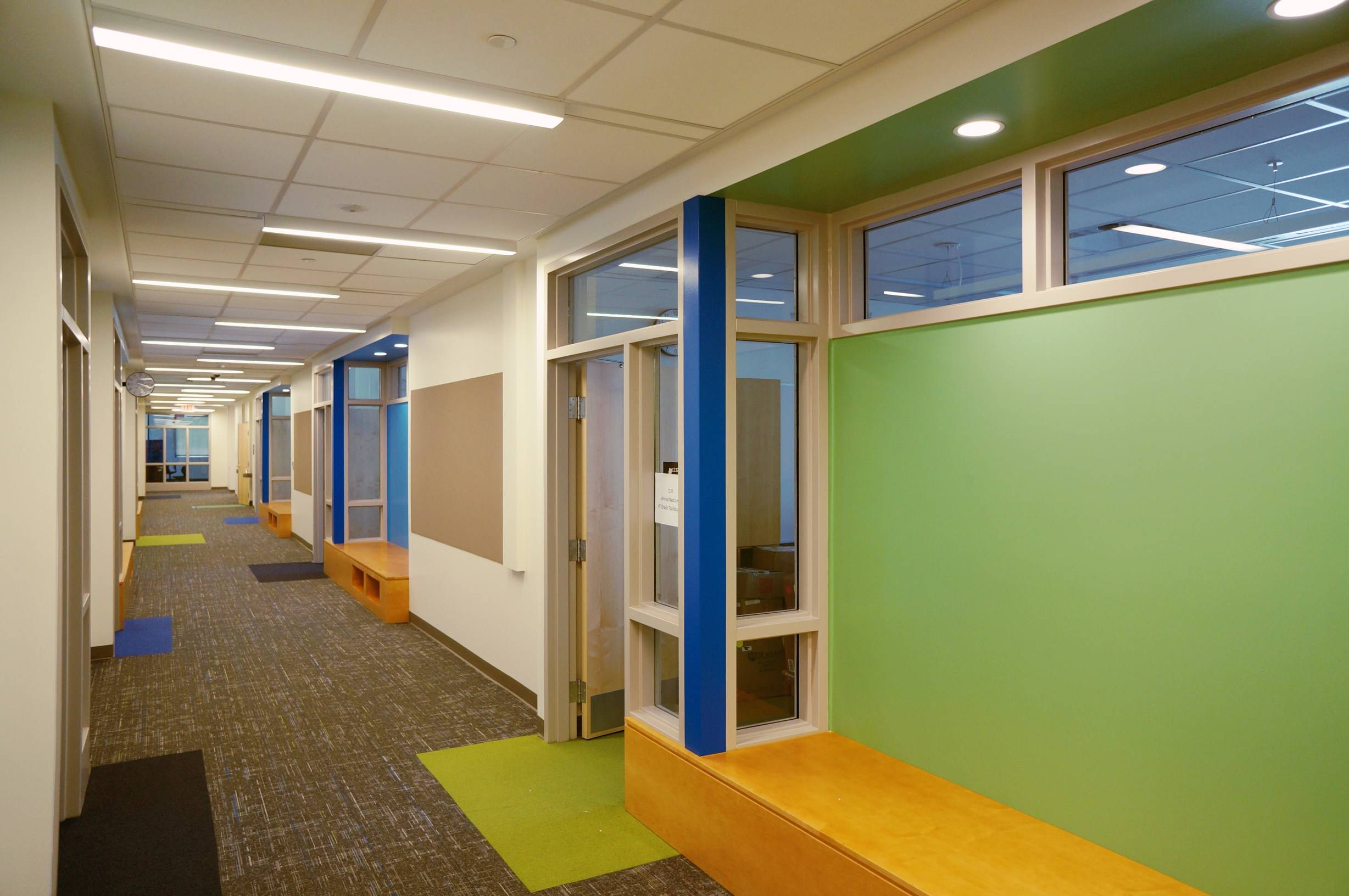 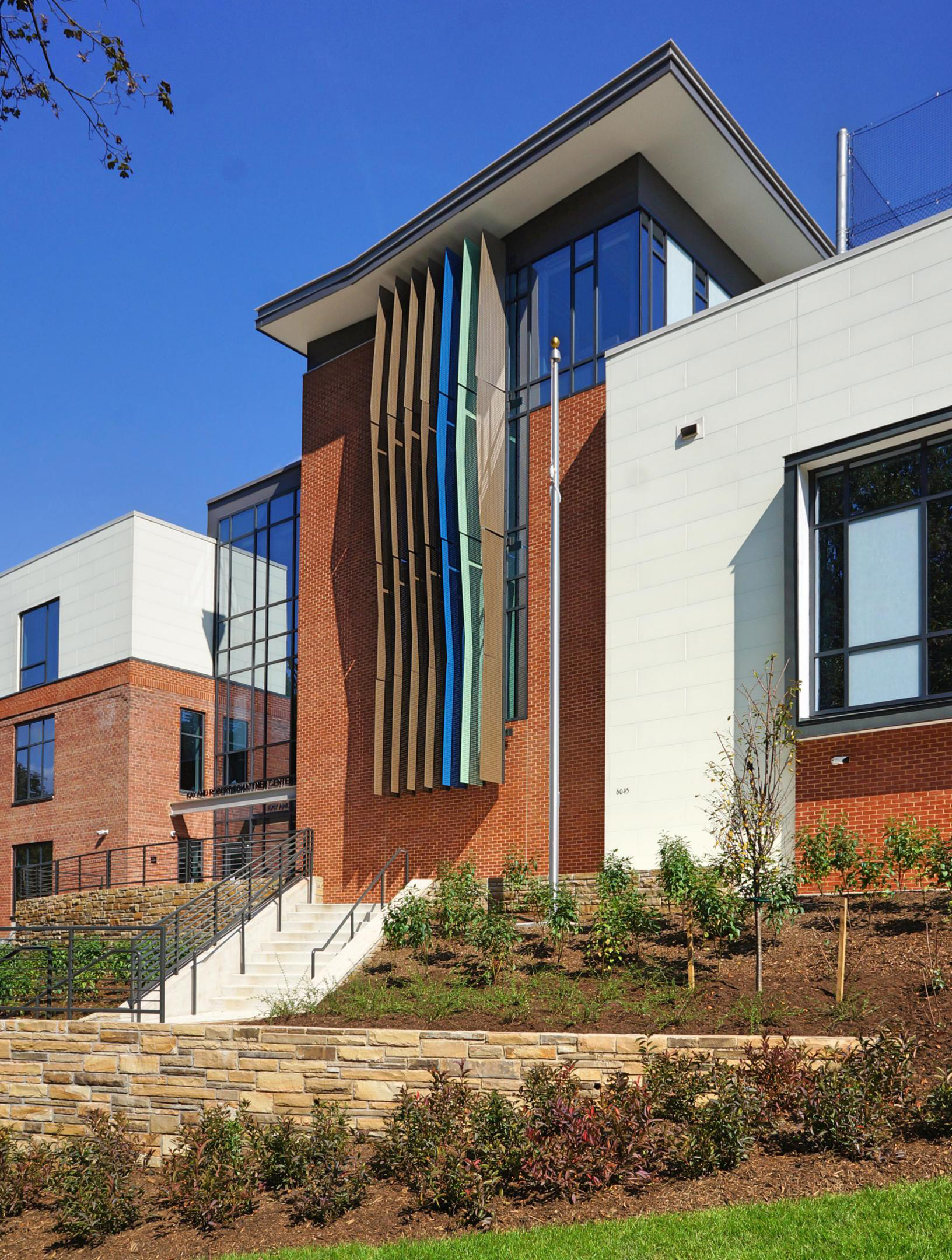 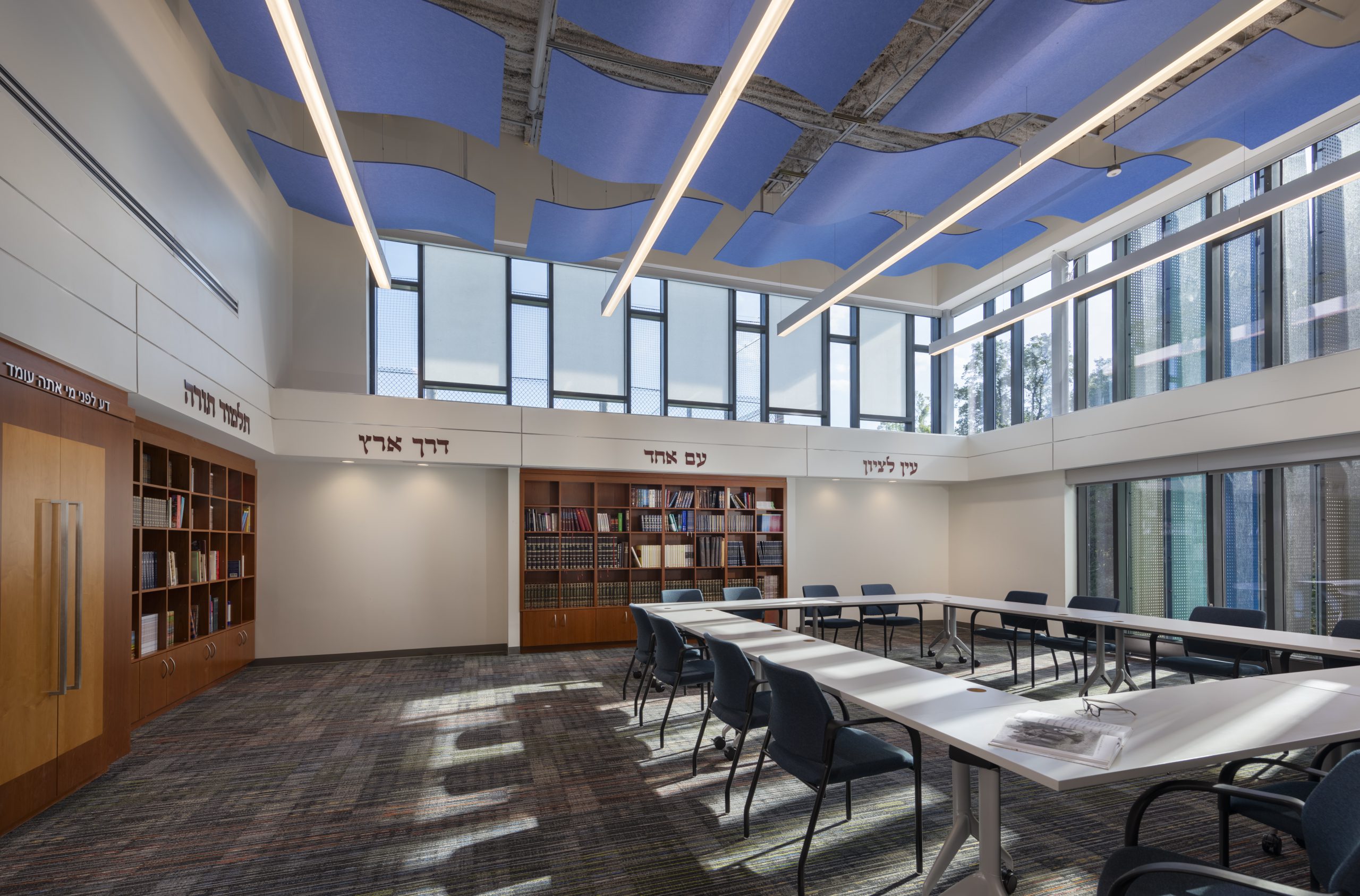 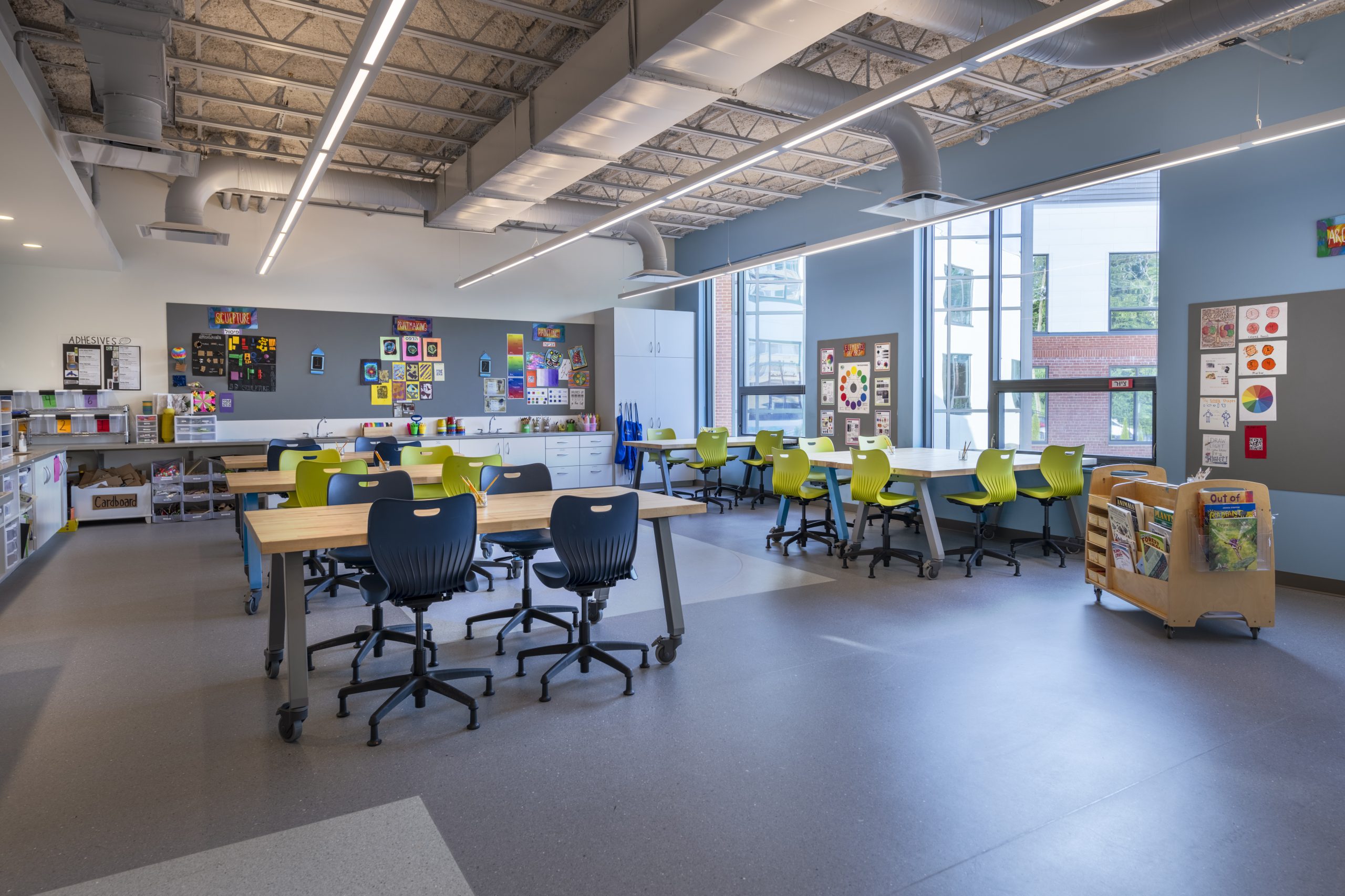 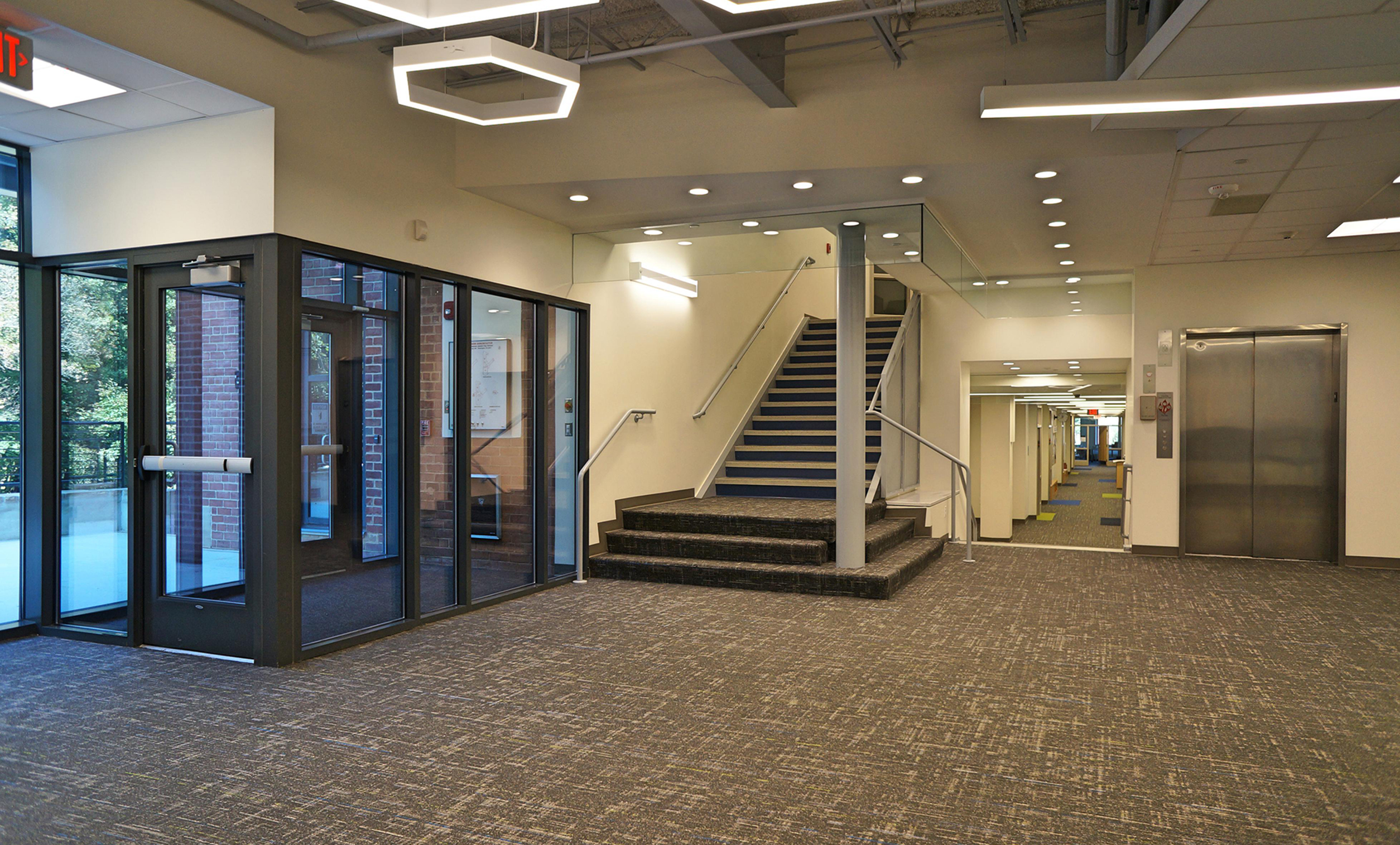 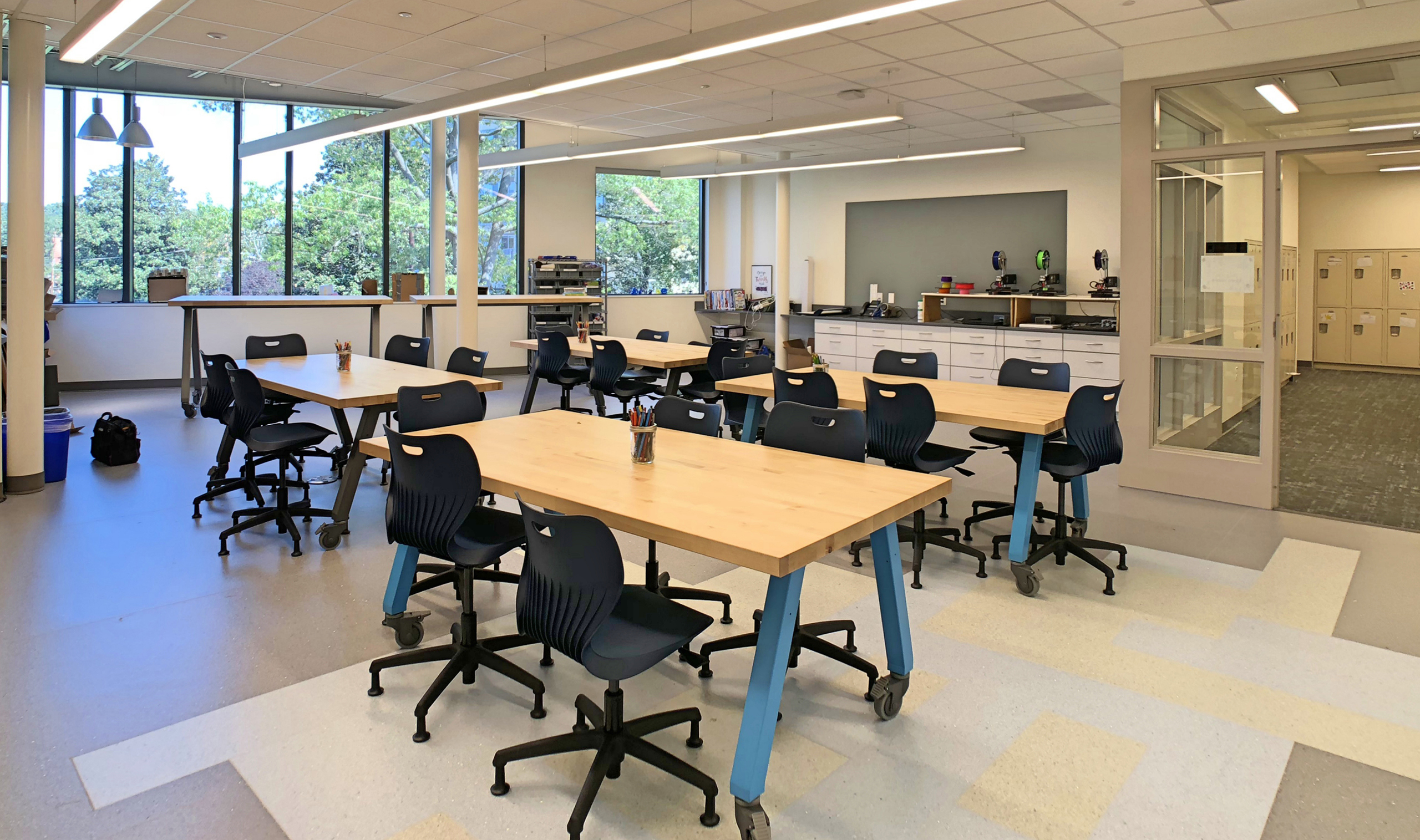 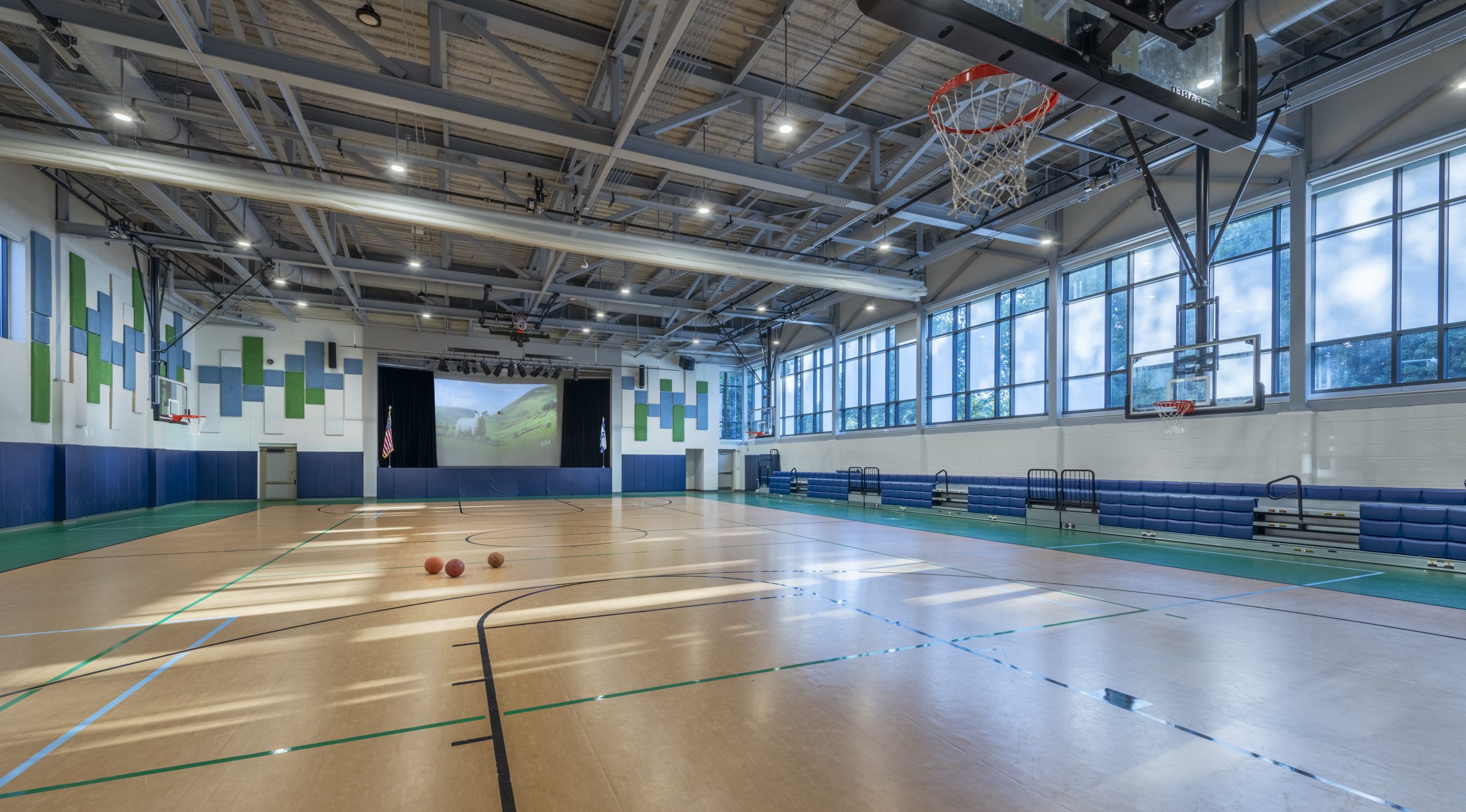 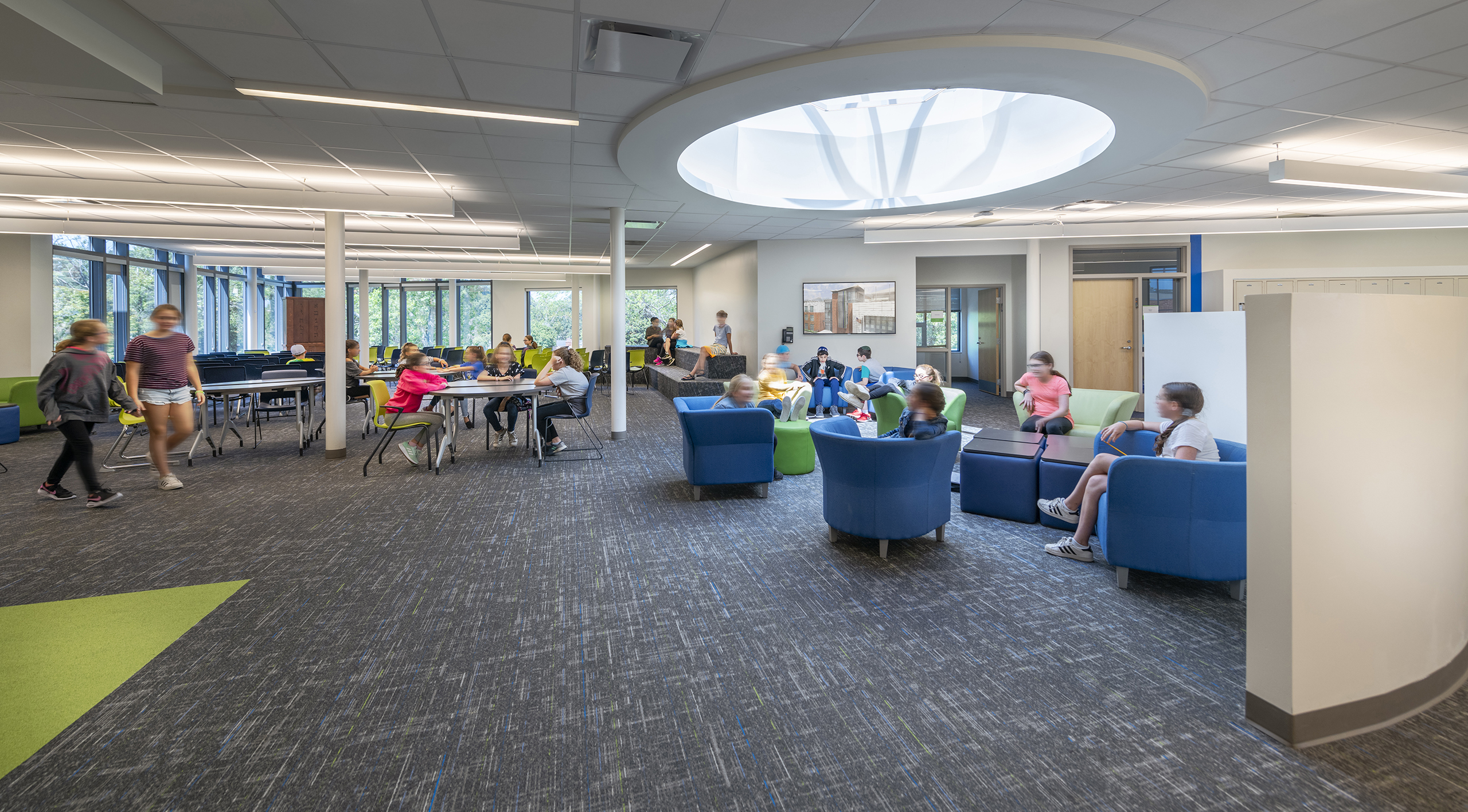 Originally constructed in 1950 and located on a steeply sloped site across from Rock Creek Park, the existing building had been home to the Jewish Day School since 2002.  A primary driver for the project was expansion of the school’s academic program to include middle school.

GBR’s design retained and renovated the original classroom wing on 16th Street N.W.  The existing gymnasium and core areas were removed to allow for a properly sized and equipped gymnasium for middle school students; including a turf recreational field on the roof.  The middle school (grades 6 through 8) occupies a new third floor level.  A new classroom wing located on the north east edge of the site provides shared space for Art and Music classrooms.  The renovation includes upgrades to all building systems and has been designed to achieve LEED® silver certification

Contextually, the building aesthetics are intended to quietly communicate the mission of the school as a place of Jewish learning and values.  The massing and site design reconcile a tight urban campus defined by residential neighborhoods, while being sensitive to security.  The design required an extensive community engagement and entitlement review process including approval by the U.S. Commission of Fine Arts.